HISTORY OF THE METROPOLITAN CHORUS

In 1966, the Metropolitan Chorus of Wichita, KS under the musical direction of Sis. Lois (Watkins) Johnson, began its renowned musical journey spreading the gospel in  song through out Kansas, Colorado, Oklahoma, Nebraska and Missouri. It’s membership of  both African-Americans and Caucasians was unprecedented during that time. The illustrious Sis. Lois(Watkins) Johnson, with her God given talents was extraordinary during her tenure as directress from 1966-1996.

In this 30 year time-frame, the requests for the Chorus led to concerts in a variety of venues including Southwestern Christian College, Federal and  State  penitentiaries, prison ministries sponsored by the Churches of Christ and tours across the United States. 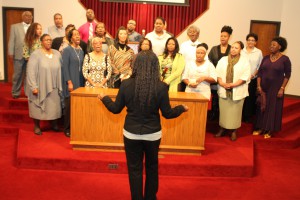 Ultimately , in 1971 Bro. & Sis. Maurice Hall of Allen Park, Michigan arranged and directed a campaign tour of six countries in Europe. During this campaign for Christ, the chorus sang in Conservatories, Halls and Churches of Christ throughout Europe.

Also within this time frame the Chorus appeared on television and  recorded  six albums.

Through the grace of God two of these albums:  The Sound of the Metropolitan Chorus and Movin’ on Up are still  at the original recording studio and have been digitally transferred to one CD which  is available for purchase. 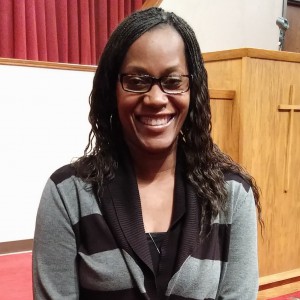